Lead Instructor, Ballet Technique, Pointe, Modern, Ballet/Tap, Ballet/Jazz, Experessive Dance, Tap, Hip Hip, Lyrical/Jazz, Competition Team
Born and raised in Orlando, FL, Miss Ashley’s love for dance started at the age of 3. Ashley grew up with Shooting Stars School of Performing Arts under the direction of Joan Crawford and Melissa Stokes for 13 years with training in Ballet, Lyrical, Jazz, Tap, and Competition Dance.
Ashley left Shooting Stars and became Dance Captain of the Phoenix Dance Company from 2005-2008 where she studied under Kimmy Keck in Contemporary, Improv, Choreography and Competition Dance. She was so fortunate to be given the opportunity to explore the creativity element in dance.
Ashley then was accepted into the University of Central Florida Dance Program and graduated with a BFA in Arts Degree with a Dance Minor. There she had the pleasure of studying under Judy F. Siegfried and Earl D. Weaver. After college she took a break from dance to study acting for TV and Film. Miss Ashley missed it so much she had to come back in the game!
Miss Ashley has danced with dance/theater companies in the Orlando area such as DRIP, Empty Spaces Theater Co(llaboration), Emotions Dance Company and, is currently a member of, the Red Right Return Dance Company. Red Right Return Dance Company has challenged Ashley to step outside of the box and to go against whats comfortable in the beautiful form of dance. Miss Ashley was the choreographer for the 2017-2018 NRG Dance Mini Competition Team and choreographed solos and duets for the competition team.
Fall 2018 marks Ms. Ashley's 3rd year as a part of the NRG Dance Studios Family!

Substitute Instructor
Brianna Elkin began her passion for cheerleading and dance at the young age of 2. Born and raised in Florida, this gave her the opportunity to cheer at a local recreational division team. She fell in love. The 3 hour a day practices, 5 days a week really paid off.

After 13 amazing years of cheering, at the age of 17, she began her love for Hip Hop right here in Winter Park, FL at NRG Dance Studio with Mrs. Nichole. Brianna had the pleasure of dancing and cheering for NRG from 2013-2015. She was able to share her love for her sport, while also connecting with her team through dance. Now, as an instructor, Ms. Bre plans to inspire the new, returning and upcoming students through dance and/or cheer, while having fun! She was choreographer for the HipHop Competition team on 2018. Fall 2018 marks Miss Brianna's fifth season as an instructor with NRG Dance Studios. 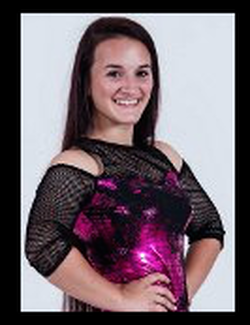 Mackenzie was born and raised in Orlando, FL, her love for dance started at the age of 3. She grew up dancing at The Dance’s Pointe under the direction of Susi Martucci and Kelly Salisbury for 15 years. Training in Ballet, Lyrical, Jazz, Tap, Contemporary, Pointe, Hip Hop, Musical Theater and Competition Dance. This passion continued upon graduating from high school when she entered college and began teaching in the greater Orlando area. While she continues to pass on her passion for dance she studies at The University of Central Florida working towards her bachelor’s degree in Psychology. She is very excited to share her love of dance with the NRG Dancers!! 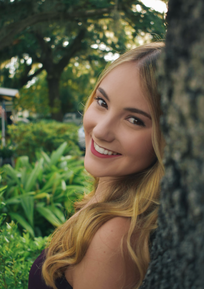 
Mira Lines began dancing at NRG-Dance Studios in 2011 soon after it opened, as one of the studio’s first students. She trained under the instruction of Nichole Sampas. She competed on the NRG Competition team for 3 years and was a team captain for 2 years. She has trained in Ballet, Lyrical, Jazz, Tap, Hip-Hop, Pom, and Pointe. Mira studies Environmental Studies, Global Health, and Social Entrepreneurship at Rollins College. She is a former member of the Rollins Dance Team and a recurring performer in Rollins Dance Company productions. Mira also has over 5 years of experience working with children as an employee in a local childcare facility. Mira is very excited to share her love of dance with her NRG students! 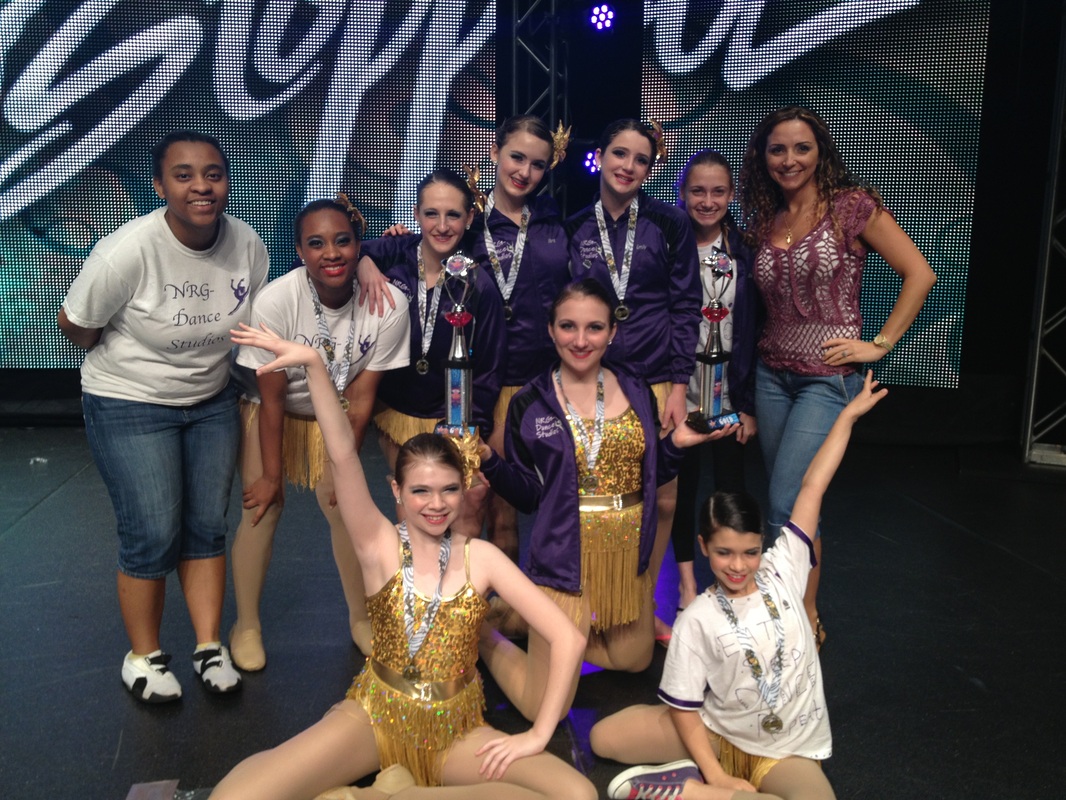 NRG-Dance Studios Featured in the
Orlando Sentinel (News Article Below)

By Meredith, Special to the Forum

Dance class is a highlight of the week for 8-year-old Ella Gregory.

"I like that we get to do dance games and fun dances," said Ella of Winter Park. "We do cool things like hip hop."

"She is fun to dance with," Ella said of her teacher. "She has a lot of good dances to teach us."

Genchi, a south Florida native, moved to Winter Park in 2011, giving up two jobs she loved.

"I had a dancer's dream job in South Florida," Genchi said of her job as director of the Florida Panthers Ice Dancers, a dance team that performs during Florida Panthers' hockey games. Genchi also taught dance at a private school in Boca Raton.

"I loved it, but I was dating my boyfriend, and he moved to Orlando for law school," said Genchi, who recently became engaged to that boyfriend, Jon. "I didn't want to have a long-distance relationship, so I moved with him."

Genchi said it was scary to move to a new city with no job lined up, but she looked at the transition as an opportunity to pursue another dream: Opening her own dance studio.

"I missed dancing so much when I moved here," she said. "I would drive around looking for a place where I could open a studio."

What she encountered was high rent for decent locations and bad locations for reasonable rental fees.

"I wanted to have my studio in a family-friendly, safe place," Genchi said. "And I loved Winter Park, so I wanted to find a place here. It was just so expensive."

Genchi's luck changed when, by chance, she drove by the construction site for the Winter Park Community Center.

After doing some research, Genchi discovered that the building was the city of city-run Winter Park Community Center, and that it did have a space for dancing.

"I saw it as a miracle," she said. "It was a dance studio already built for me. I wrote a proposal to the city about offering dance lessons at the building, and it worked out."

When the community center opened in October 2011, Genchi started offering dance classes for children and teenagers.

Genchi's dance studio, NRG-Dance Studios LLC, has not only offered Genchi a unique opportunity to have her own studio in Winter Park. It also has offered dance lessons to some children who otherwise might not have had the chance.

"Because the lessons are offered at the community center, the children are eligible for a scholarship program," Genchi said. "If they are on free or reduced-price lunch at school, they qualify for a 50 percent discount on recreation programs offered by the city. This allows so many kids who wouldn't have been able to afford dance classes be able to take them."

That all-inclusive attitude is part of what has made Genchi's dance classes a success, said Ella Gregory's mother, Jennifer.

"Nichole offers such a positive, but challenging, environment," Jennifer Gregory said. "She makes it fun for the kids, and it's something that Ella really looks forward to coming to."

Genchi offers a variety of dance classes ranging from hip-hop to classic ballet. Class registration is free through the end of January. 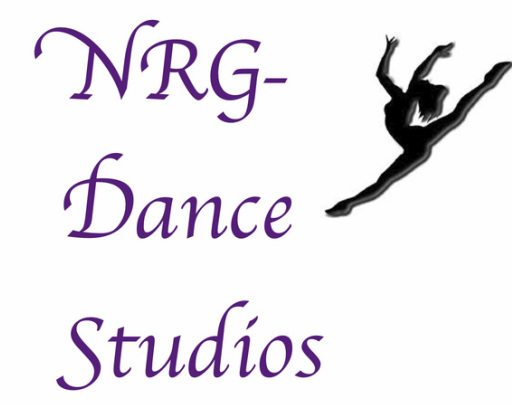 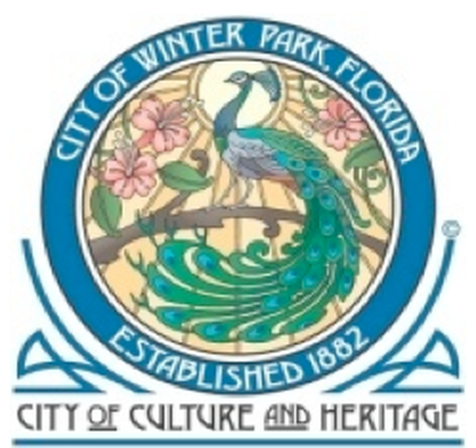